Baron Weather, Inc., the worldwide leader of superior weather intelligence, has developed a high-resolution, Flash Flood Risk™ solution which identifies the risk of flash flooding as much as two hours in advance and provides notices to mitigate damage and prevent the potential loss of life.

As climate impacts continue to be felt around the world, a noticeable increase in Flash Flooding has been observed this year. Flash floods are one of the top weather-related killers in the world. With so many variables to consider when assessing this risk, alerting at the right time and right place isn’t easy.

“The variables that lead to a flash flood event are always unique,” said Baron Weather CEO Bob Dreisewerd. “Preparing for a sudden weather emergency, such as a flash flood, requires a multi-faceted approach. Baron’s technology for identifying flash flooding in advance cuts through the noise when critical decisions need to be made quickly.”

Baron’s Flash Flood Risk uses existing radar data and several Baron proprietary meteorological products along with advances in extreme event statistical assessment to measure the threat of flash flooding within two hours’ time. The radar data, which is used to forecast the future, integrate historical information on land surface characteristics such as soil-moisture and runoff. Recent rainfall rates and short-term modeling are also used to determine the impact on the land surface itself to gauge flood risk.

The right combination of automated alerts and expert analysis is key to mitigating or preventing weather disasters which can result in water rescues, washed-out roads, evacuation orders, damaged homes, and even search and rescue operations.

Baron has an extensive catalog of weather data including Baron proprietary datasets that lead the industry in the detection and dissemination of impactful weather hazards. Additionally, Baron has a long history of hydrological analysis and is a partner in the newly formed Cooperative Institute for Research to Operations in Hydrology (CIROH) program announced earlier this year and funded by NOAA.

As part of the Esri Partner Network, the new Flash Flood Risk guidance is available for display as a layer in ESRI platforms and integration into software applications via an easy-to-use API. 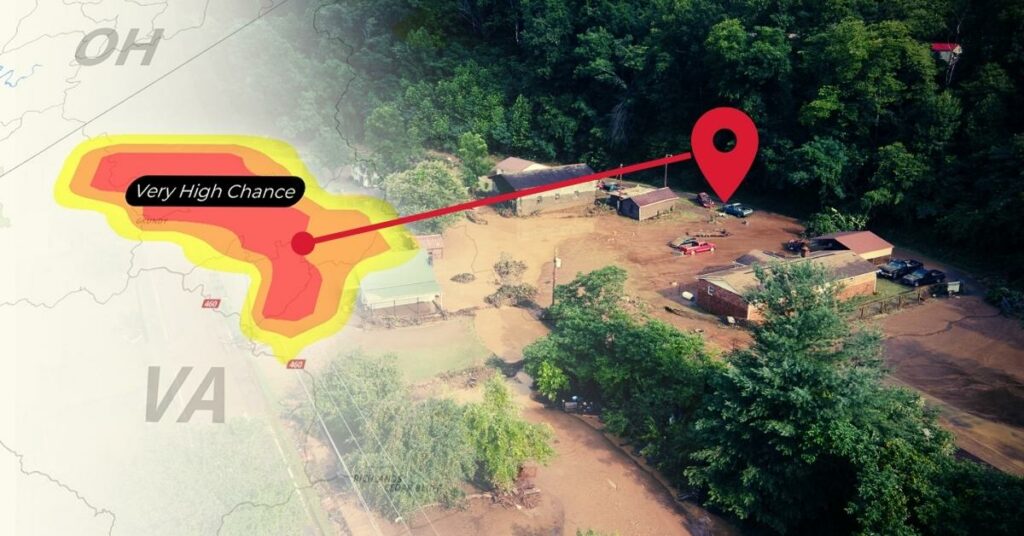 With so many variables to consider when assessing a flash flood risk, alerting at the right time and right place isn’t easy. That’s where Baron Weather’s flood offering comes in.