Hurricane Laura was a category four hurricane that made landfall in August of 2020. Laura slammed into southwest Louisiana with winds speeds as high as 150mph, storm surges that reached 15 feet, and up to 10 inches of rain. The storm knocked out power to more than 900,000 homes, caused more than one billion dollars of damage, and claimed 26 lives.

A group of scientists and engineers from multiple universities, the Center for Severe Weather Research, and NOAA converged on the Gulf Coast to observe the storm. The group is a part of the Digital Hurricane Consortium, an umbrella organization that coordinates existing field deployment activities to collect and analyze wind, rain, storm surge, and wave data. 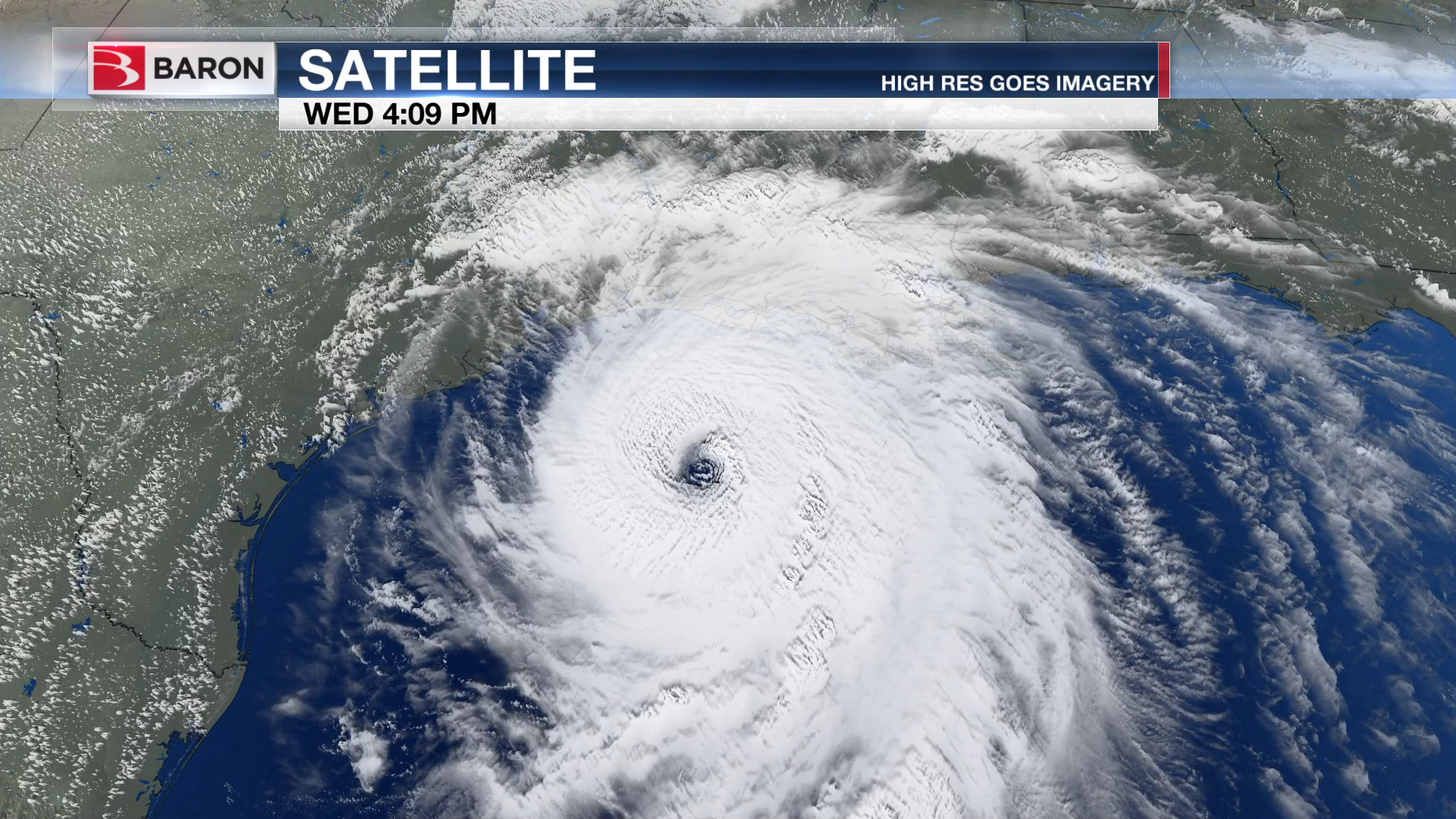 Satellite image of Hurricane Laura as it approaches the Gulf Coast.

Scientists from the University of Alabama in Huntsville (UAH) brought a Baron mobile radar called Mobile Alabama X-band dual-polarization radar (MAX). MAX has proven to be a valuable tool for collecting wind and precipitation data, particularly during tropical and tornadic events. The UAH Severe Weather Institute – Radar and Lightning Laboratories (SWIRLL) uses MAX for nearly all its field operations. UAH scientists have used MAX in tandem with the Advanced Radar for Meteorological and Operational Research (ARMOR) Doppler weather radar to gather data on wind flows in the boundary layer during potentially tornadic storms. ARMOR is a Baron C-Band, Dual-Polarimetric radar located at Huntsville International Airport. MAX has also produced valuable data when paired with atmospheric profiling systems that are providing vertical profiles of temperature, wind, humidity, cloud base, and more.

“The beauty of MAX is it provides context within which we make with our profiling observations, horizontal variations in other words. We can see what’s going on around profiler locations so we can put that into context. MAX provides that when we don’t have any other radar coverage,” said Kevin Knupp, Atmospheric Sciences Professor at UAH. 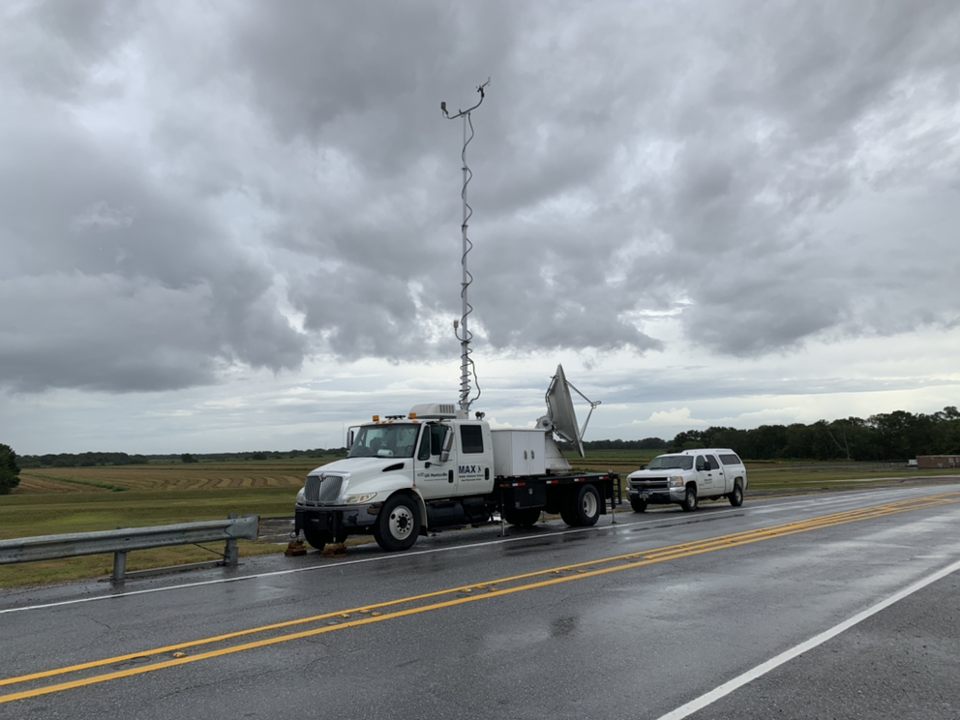 For the Hurricane Laura, MAX was positioned on an Interstate 10 overpass just west of Lake Charles, LA, thirty miles north of where the storm made landfall in Cameron, LA. Approximately 18km away from MAX was a C-band Shared Mobile Atmospheric Research and Teaching Radar (SMART) from the University of Oklahoma.

“That location provided a short baseline with one of the mobile C-band units so that we could get higher resolution retrieved airflow in the boundary layer,” said Knupp.

MAX and SMART gathered high-resolution dual doppler retrievals over a domain 20 by 20 kilometers. The two radars work well as a tandem, the shorter wavelengths of the X-band MAX detect more details on particles in air. The longer wavelengths of the C-band SMART suffer less attenuation in the rain, allowing it to cover a larger range. Max performed both volume scans ranging from one-half to 25 degrees of elevation, and Range Height Indicator (RHI) scans in an upwind direction to look at the structure of the wind.

The data from MAX and SMART can be merged and processed to recover the wind field at multiple levels of the atmosphere, in this case, likely 200 meters to four kilometers above ground. Second would come a Velocity-azimuth Display (VAD) analysis, which involves pulling data from the 360-degree sweeps.

“We can decompose that into a total wind, wind direction and speed,” said Knupp. “By looking at various combinations of elevations, angles, and ranges you can put together a really high-resolution vertical profile of the horizontal winds.” 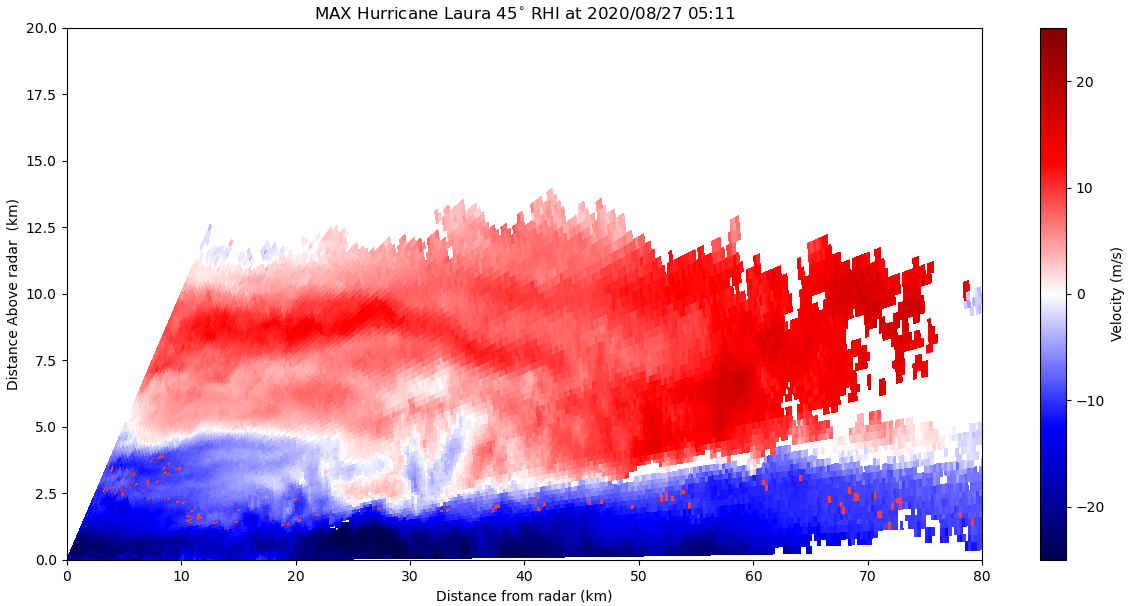 The analysis of MAX data from the landfall of Hurricane Laura will focus on two issues. One is gaining a better understanding of how the eye of the hurricane and the overall intensity of the storm change during landfall and the factors that dictate those changes. Laura proved to be a valuable hurricane for scientists because it developed a large eye before reaching land, providing an opportunity for quality observations from MAX and the other meteorological equipment stationed along the Louisiana coast.

Engineers will also be able to use the data to analyze how wind speed relates to structural damage. Their findings can be applied to designing and building homes, buildings, bridges, and other structures that are more resilient to the high winds a hurricane brings. 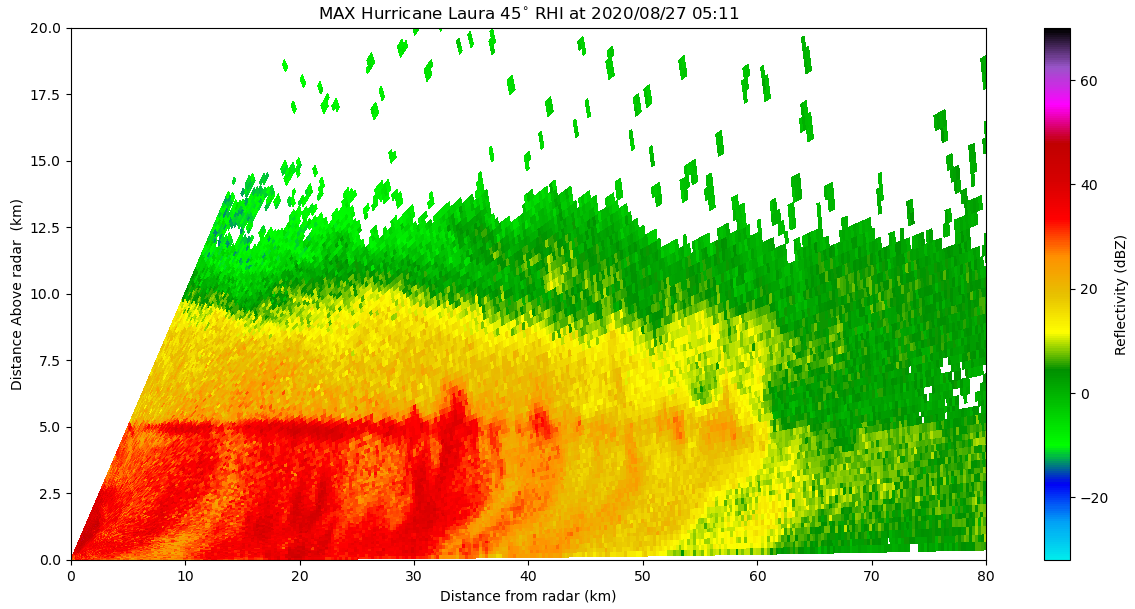