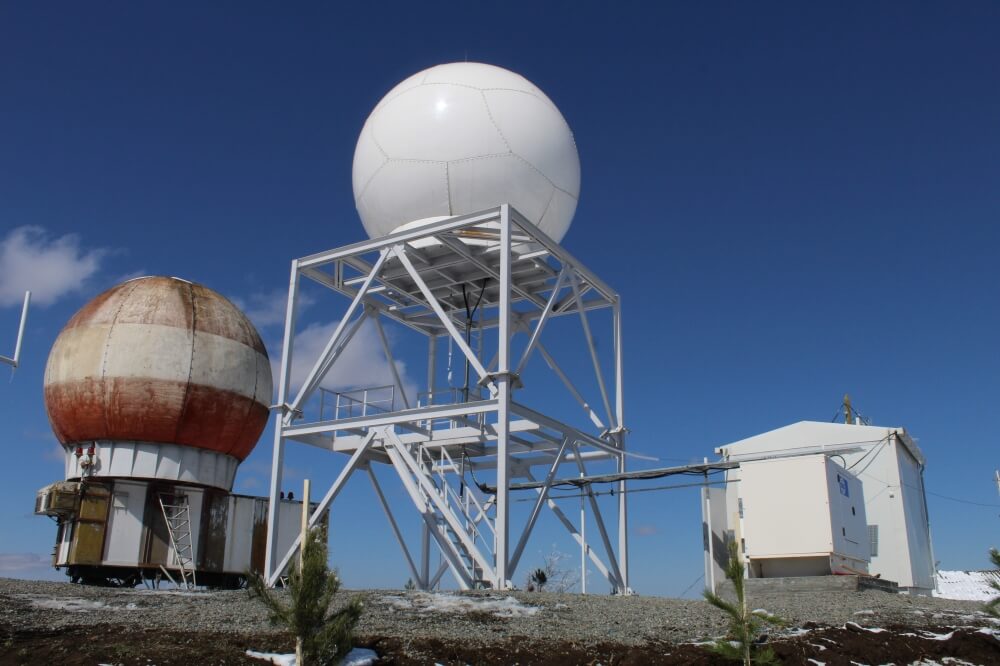 Leaders in the county of Azerbaijan are celebrating the installation of two Baron C-band doppler radars that will help modernize the nation’s hydrometeorological network. The radars have been strategically placed to provide high-quality data, one in the Goygol region the other in the Shamakhi region. The dual-polarization radars will provide a much more accurate and in-depth picture of precipitation in the atmosphere compared to the MRL-5 radars the nation had been using for more than 40 years. Dual-polarization radars measure precipitation and wind both horizontally and vertically, opposed to just horizontally. The Baron radars are equipped with multi-radial ZDR calibration technology that automatically and constantly keeps the radars calibrated in all conditions for reliable performance. They also feature CLEAN-AP clutter suppression technology that filters out mountains, buildings and other objects for a clearer image of weather targets. CLEAN-AP is available in Baron radars through an exclusive agreement with the University of Oklahoma.

The new radars will play a vital role in improving the nation’s ability to effectively communicate timely weather information. The radar data coupled with Numerical Weather Prediction and other modeling capabilities will enable accurate forecasts ahead of significant weather events, which could include severe thunderstorms, flash flooding and extreme cold in different regions of the country. Weather information derived from the Baron radars can be disseminated through Azerbaijan’s early warning system, giving the public time to take action to protect lives and property.

“Such an integrated approach will most clearly meet the needs of the weather-dependent sectors of the Azerbaijani economy and its population.” Said Deputy Minister Rauf Hajiyev from the Ministry of Natural Resources in an interview with an Azerbaijani news outlet.

To ensure specialist from the National Hydrometeorological Service were prepared to operate the radars, they traveled to Baron headquarters in Huntsville, AL in September of 2019 for five days of training along with factory acceptance testing. Training was also conducted at the site of both radars and in the city of Baku, home of the Hydrometeorology Services. Staff from Baron and Azerbaijan connected virtually for Lynx training.

Ceremonies were held at both sites to celebrate the radars being put into operation. Those in attendance included Mukhtar Babayev, Minister of Ecology and Natural Resources of Azerbaijan, Lee Litzenberger, Ambassador of the United States to Azerbaijan and representatives from Baron. 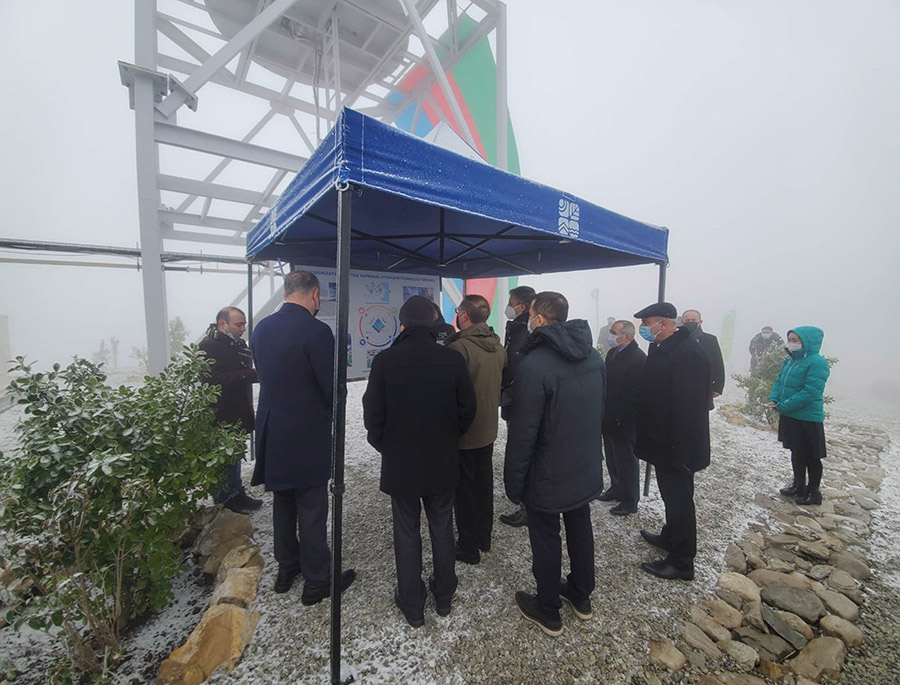 A ceremony celebrating a Baron Gen3 radar being put into operation in Azerbaijan.